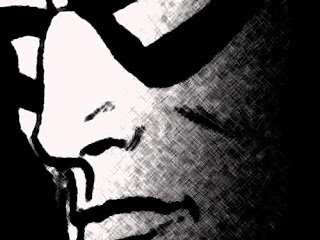 Balakrishnan, Bala to his colleagues, walked past the crowded corridor on the way to his cubicle. The corridor was jam packed with job aspirants. Crater Inc, the company where Bala was a program manager, was hiring for the position of network assistant and Bala was supposed to interview the candidates.

"Yes, I have....yes, yes. I will get that. Hopefully I will get this job. This is my last hope", a tall, lanky middle-aged man was talking on his cell phone.

Bala stopped momentarily. "This voice is familiar", he thought.  He turned around and was surprised to find Vicky, his classmate from college. Bala entered the cubicle and threw his bag at the table;  a smug smile emerged on his face. "How times has changed", he thought.


"Hey Balu, come here", ordered Vicky as he sat with his friends, feet up on the table, in the center of college canteen. Bala did not look up and continued reading his book. His blood was boiling, especially since Simran was also sitting beside Vicky.
"Come on man, this is canteen, you should eat some food here, not the pages of your "Network System", shouted Vicky amidst a roar of laughter.
"Shut up guys, leave the poor fellow alone", pleaded Simran
This was adding insult to injury. Simran calling him a poor fellow? Bala couldn't take it anymore. He picked up his book and quietly left the canteen. As he was walking out he heard another round of laughter.


Bala was startled by the knock on the door.He felt a stinging pain in his palms; without his knowledge he had clenched his fist so hard that the nails had cast deep marks on his palm.
"Shall I send in the first candidate?", asked Sujata,Bala's secretary, slightly bemused by his abnormal reaction.
"Yes please", replied Bala drinking a glass of water.

"Have you shortlisted any of them? Only one more candidate is remaining"
"None of them are upto the mark. Send in the last candidate"

"Hey Balakrishnan, how are you? Remember? I am Vicky. We studied together in college", said Vicky excitedly on seeing Bala
"Oh.. did we? Which department were you in?" Bala replied, almost nonchalantly.
"I was in Computer Networks. You, me , Simran..."
Bala became even more serious on the mention of Simran's name.
"Oh yes, I remember. Long time. Please sit, we will start the interview process"

"What role are you playing in your current company?"
"Actually... I parted away from my last company about six months ago", replied Vicky, a little embarrassed
"Parted away? Were you fired?", asked Bala, with an unnatural stress on the word fired.
"Yes.... kind of", said Vicky, sheepishly

Bala was enjoying every bit of this. He remembered all the times when he was humiliated by Vicky and his coterie. He asked extremely difficult questions to Vicky which were completely unrelated to the area of work and made it a point to rub it to him that he was hopeless. Slowly, the expression on Vicky's face changed.It became more and more gloomy. Finally, after about half an hour, Bala put Vicky out of his misery.

"Listen Vicky. As much as I want to hire you, you know, for old times sake, I cannot, as we have an extremely critical project and any incompetency will create a lot of problems. Why don't you give me a call, say, after 15-20 days? I will see if there are any other openings in less critical projects".

Vicky was lost in deep thoughts. He did not speak for couple of minutes. Bala did not mind it. In fact, he couldn't believe his luck. After all these years he had got a golden chance to hit back at his tormentor. After a long pause, Vicky responded.

"Thank you Bala. That won't be necessary". Vicky got up, shook hands and walked out of the room, without any hint of the deep discomfort he was in just a couple of minutes ago. It was as if suddenly he had found a solution to all his problems.

Bala was happy. He stood near the window sipping his evening tea with a satisfied smile looming large over his face. Just then he saw Vicky crossing the street next to the office compound. Vicky abruptly stopped and turned back to see something, unaware of the fact that a speeding bus was approaching him. Bala's eyes widened with fear as the bus came closer to Vicky and he was still standing on the middle of the road. Finally, the bus driver applied the break; the bus came to a screeching halt, but not before it had knocked off Vicky. To his horror, Bala saw Vicky lying amidst a pool of blood. He immediately called the watchman and asked,

"Watchman, what happened to the person? Is he alright?"
"No sir, looks like on-the-spot death. I have been telling everybody hundreds of times to be careful here, the sharp turn makes it difficult for the drivers to see the pedestrians, but who listens to me, they say I am old, but one day.......... ", the watchman went on and on, but Bala was not listening. He dropped his phone and thudded on to the chair. After couple of minutes of blackout, he started thinking.

Did he deliberately stop in the middle of the road? No, it is just a job. No one will commit suicide because of this.... But he was talking over phone that this is his last hope....... People talk like that all the time, they don't mean it literally....

But how is it my fault if he did not get the job? Clearly he was incompetent..... But I never asked him any relevant questions, he might have been a good fit..... No, he was fired from his last job...... There could be many reasons for it, not just incompetence, I never bothered to even ask.....Still, everyday there are thousands of people who don't clear interviews, they don't commit suicide.... I humiliated him over and over again, that might have pushed him over the edge........

Bala closed his eyes. He wished all these thoughts would somehow go away. He wished he would fall asleep. He wished Vicky had not come for the interview.....

Bala did get his revenge, but at what cost?

Good story. Revenge always - almost always - comes with a cost and you have highlighted this fact very nicely.

You have capture the emotions so nicely. This is exactly how I feel. If something bad happens to someone whom I have even thought about hurting, I feel really guilty and even think whether it is my bad eye that hurt him/her. Great job done bringing it out.Just for the way I could closely relate to this you get my vote. You can check out my Blog-a-ton post here :Revenge

@aativas Thank you very much for the comments :)


@The Fool Thank you for your encouraging comments :)

Being magnanimous and kind is a better revenge than being vindicative, but often we do not understand it easily.

Revenge at what cost!! very apt. loved the narrative...

A Pyrrhic victory, of good to nobody.
And your post brings that out in a very delicate yet unambiguous manner.
The revenge certainly is exacted yet the regret is almost palpable. And therein lies the very paradox of the tale.
Brilliantly conveyed.

@Sunil Thanks for your appreciation

@Menachery Thanks very much for your comments

@Brijender I had to look in the dictionary couple of times to understand your comment. Thank you very much :)

Like I wrote on another post, I mostly take my revenge and then feel guilty about it :( Revenge at what cost?

Interesting and a different one on the list I must say. Nicely written and well narrated.. All the best for BAT.

Someone is Special said...

I loved your narration a lot VP.. and Revenge at its best.. Awesome..

here is my take

the revenge of aparniyan- Revenge

You know what? Thats true. revenge does come with a cost. and that was one thing which I really liked about the post that you covered well!

Read mine at Revenge is best when served cold

Preethika, Sunil, SIS, the Critics - Thank you very much for the appreciation :)

@Shilpa - Thats true, there is almost always a feeling of guilt associated with revenge, however justified it may be.

@Ashish - True, revenge, most of the times, is associated with a cost. Glad you liked the post.

Nice narration!! As Sunil Deepak said.. "Being generous and kind is better revenge...." But u made a nice attempt by putting the point outside.. what generally most people(or atleast I feel)..when they undergo these kind of consequences...

Brilliant. Just reinforces the idea that revenge is never, ever a solution.

Ravi, Priyanka - Thanks for the appreciation :)

Congratulations. I have read this post after results. Really a wonderful and well deserving.

Story was but disturbing but perfect for the this topic showing taking revenge is not the solution and hurts you even more.