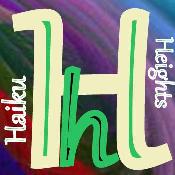 This post is an entry in Haiku Challenge for April 2012 at Haiku Heights.


It stings,it dies
Sweet and Selfless
Wish I was a Honeybee


The above Haiku is based on the fact
that even though the honeybee knows it will
die after it stings, it still stings.
April 18 Prompt - White


How bland
If life was pure white
Colors add spice


I sometimes wonder
How the hell I wonder
Isn't that wonderful


Its toughest
To remove the facade
Be yourself


Walk in a way
That the Aura screams
Welcome the KING!!!

Is it even possible
To laugh your heart out
Without tears ?

As kid I played
I still play now, but
the toys have changed

I forgive myself
For its the only way
to breathe again

This post has been published by me as a part of the Blog-a-Ton 26; the 26th Edition of the online marathon of Bloggers; where we decide and we write. To be part of the next edition, visit and start following Blog-a-Ton. The topic for this month is 'That Last Night'. 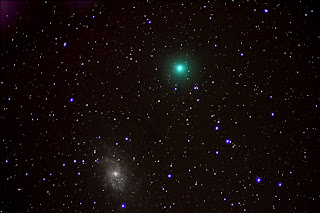 The last night was long, very very long.
As the night began, the moonlight guided me, showing the path ahead. But soon the clouds covered the moon and there was complete darkness all around. Not a soul was visible. I was in the middle of the forest, completely lost. Where to go? Which direction ? I was not able to decide. I gave up and sat down.

Then, I heard something - the sound of the river. I was hearing the sound for the first time. In fact, it was the first time I had ever heard anything. Earlier, I did not need to. During the light of the day my eyes were enough to guide me. But the night made me discover my hearing senses.

I moved towards the river by following the sound, hoping it will take me out of the forest. But all of a sudden my head banged against a tree and I fell down on the impact. Blood started oozing out of my forehead. But staying down was not an option. I tried to get up and in the process my hands touched the tree, and I, felt the tree. That was the first time I had felt anything, ever. Earlier, I did not need to. During the light of the day my eyes were enough to guide me. But the night made me discover my sensation of touch.
Now, even in the light of the day I feel, I feel the wet grass, I feel a bunny's soft skin, I feel a stream of water brushing against my hands and trying to escape between the fingers.

I moved towards the river, but this time stretching out my hand and feeling any obstacle to prevent my head banging against it. I could hear the river louder and clearer as I went ahead. But suddenly my legs got stuck. I was unable to move. I had stepped into a morass and I realised, to my horror, that I was sinking. I got hold of the trunk of a nearby tree and tried to move out of the morass. After an epic struggle I finally came out. While I was still catching my breath, I realised something was different. Something which was not present earlier was present now.  Yes, it was the pungent smell of the morass. It was the first time I had smelled anything. Earlier, I did not need to.During the light of the day my eyes were enough to guide me. But the night made me discover my sense of smell.

I continued moving towards the river; hearing, feeling and smelling along the way to make sure I was on the right path. Right at the stroke of dawn I reached the river. Finally, I had come out of the forest !

I will always be grateful for the last night, even though it was long. But for the night, I would have never heard the song of a bird, felt the wet grass or smelled a rose.
What a boring life that would have been !

The fellow Blog-a-Tonics who took part in this Blog-a-Ton and links to their respective posts can be checked here. To be part of the next edition, visit and start following Blog-a-Ton.