Anna Hazare, Corruption and Us 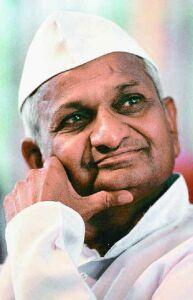 The other day I was watching a debate on Anna Hazare’s fast on the popular talk show “We The People”.  One of the panelist, who called his fast a farce, asked, “How many of you have read the Jan Lokpal bill advocated by Team Anna?” Only a few raised their hand, to which the panelist gave a look which communicated something like, “See, you guys don’t even know what you are supporting”.

But then, that is not really the right question, is it?.  I think more than 90% of people who are supporting Anna don’t completely know what is a Jan Lokpal bill, what is the difference between the government’s draft and Team Anna’s draft, how is Anna’s draft better and so on. All of them ( including me) are supporting Anna Hazare because we are fed up with this government; a government which allowed so many multi-crore scams to happen right under its nose, a government which tries to undertake smear campaign against a gandhian just because he criticizes it,  a government which even though has a comfortable majority in the parliament has done nothing of note in last 2 years since it came to power for the second time (the last point was made by Narayana Murthy, one of the most respected thinkers and business leaders of India, in an interview) .
So the question is not really whether Anna’s bill is any better than the government’s. No one cares. Anything is better than this government (or the opposition, for that matter).  Supporting Anna is supporting a crusade against corruption, supporting a movement which can be a defining moment in the history of India or as Anna told in his speech – a second freedom struggle.

People are also criticizing Anna’s methods, saying he is blackmailing the government and that he has no authority, as parliament has the ultimate right to create a bill.  This is ridiculous. India has waited patiently for 43 years for the lokpal bill to pass in parliament (it was first introduced in 1968). What do you want? That we wait another 50 years for the bill to pass?  If no action is taken now, the government (this one and the one after this) will sleep on it forever.
Let us support Anna in these testing times. It is not a question of Lokpal bill; it is a question of fight against corruption. Anna Hazare is a ray of hope. Let’s not waste this opportunity and do every bit to support him.

Having said that, even if the bill is passed I doubt anything will change significantly for the common man. The bill passage, whenever it happens, will be great start for sure, but will be just that, a start. That is because we ourselves (including me), the common men, are one the most corrupt species in India. How many of us have not paid a bribe to get the driver’s license? How many of us have not paid a bribe to get the house registration done? While travelling in train when we find our name in the waiting list chart, how many of us have not tried to bribe the TC and get a seat? How many of us have not bribed the police constable who catches us without proper vehicle documents? I am sure most of us have, at least once. (I for one have definitely done that)
Unless and until each one of us decides that we will not bribe anyone to get the work done, that we will not take advantage of the system, Anna Hazare’s campaign will not be a success. If we are supporting him now, let us also make a commitment that we will neither give nor accept bribe.

Let’s hope that Anna Hazare’s campaign is indeed a second freedom struggle - a freedom from corruption. 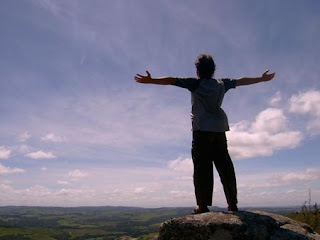 
Amit saw his name in the facebook "friend suggestions"
"Shall I call him?"
"What will he think?"
"Will he even talk to me?"
"Would I look smaller?"
"It wasn't entirely my fault"


He picked up the phone and dialled
"Dude, I am sorry!"