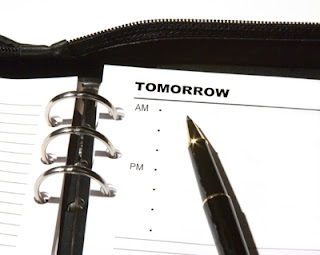 “Oh god, its Monday again”, thought Samanth. He reluctantly got off his bed and got ready to go to office – the one place he hated the most. Samanth was a salesman working in a company which sold computers. He was toiling hard for the last 3 years in hope of a promotion to the assistant manager’s position, but to no avail. As he got down the bus and headed to his office, he saw a sign board – Know your future – only 10 rupees.

Samanth had broken up with his girlfriend, his professional career seemed to have nosedived and he was not getting a job anywhere else. “Let me check out where my future lies”, thought Samanth.

“Baba, can you please tell me how my future is?”

The man, whose face radiated a mysterious energy, looked at Samanth and said, “Why do you want to know the future? You anyway cannot change it.”

“Yes, I cannot change the future. But it will at least save me the misery of thinking about it. And anyway, I will pay your 10 bucks. Isn’t that why you are sitting here in the first place?”

“Oh, this sign? This was here before I came.”

Samanth was disappointed. Hearing that the guy was not an astrologer, he started towards his office. The bearded man saw his disappointment and called out.

“I don’t disappoint anyone who comes my way. You only want to know your future, right? I will tell you what will happen to you today.”

“You will get a promotion today”, declared the man authoritatively and closed his eyes for meditation.

Samanth had mixed feelings as he walked towards his office. On one side he was happy that the guy told he will be promoted, but on the other side he chided himself for believing the words of a man who did not even have a proper place to live. He gave another look at the man, let out a sigh filled with self-pity and continued towards the office.

“Sir, bade sahib wants to see you”, blurted out the peon as soon as Samanth walked in.

“It must be about my quarterly targets. I was on sick leave for 10 days but still the takalu won’t decrease the targets. God, please save me.”

“Oh Samanth, come in. I have something important to talk to you” said the boss.

“The company is very happy with you work and we have decided to promote you to the post of Asst. Manager. You will have two persons reporting to you”

Samanth couldn’t believe his ears. These were the words he had hoped to hear for the last three years, and now, he was actually hearing them. Samanth thanked his boss and came back to his cubicle. He thought of the old man who made the prediction about the promotion and rushed to the window to see him. The old man was sitting there, still meditating. He quickly went to the old man.

“Baba, I got promoted. I thought you were a fraud, but you are a genius. Thank you very much”.  The baba smilingly approved with a slight nod of his head.
Meanwhile, greed got the better of Samanth. He thought if the baba can predict something like his promotion so accurately, then he can also tell what will happen to him in the next week, next month, next year and next decade.

“Baba, please tell me my entire future. I want to know everything”, pleaded Samanth.

The face of baba suddenly became serious. He thought for a while and said, “You would not want to know that. Believe me; you are better off not knowing your future.” Hearing this, Samanth replied nervously, “Why baba, is the future so bad?”

“No, on the contrary, you have a much better future than an average person. But knowing the future is a dangerous thing. This will only add to your misery.”

“No baba, I still want to know the future. You told nobody goes disappointed from your footsteps. Please don’t disappoint me.”

Baba paused, took a deep breath and after a little shake of his head told Samanth “Okay, if you wish so. But remember, you cannot change your future, you can only see it. Whenever you want know about the future, just close your eyes and think about the date, all the events on that particular date will run before your eyes as if they are happening right now.”

Samanth was confused. He had expected a traditional soothsaying where the person tells what will happen to him, when he will get married, about his career prospect and so on. This was different. He closed his eyes and thought about all dates of the past. To his astonishment he saw his entire life playing out before his eyes once again. He thought about the current date, but saw everything except the old man and the new power.

“Why am I not able to see you or any of my encounters with you?’ asked Samanth

“Even I cannot answer all questions. Perhaps, our meeting was never meant to happen.” Baba looked at Samanth, smiled and said, “Even God’s software has bugs!”.

As Samanth headed home, he was exhausted with the turn of events. But sleep was the last thing on his mind. He quickly thought of all the dates in the next month and found out what will happen to him.
Next day he went to the office and sat in his new cubicle. The receptionist called to inform him that the client has asked him to meet at 2 PM. Samanth smiled as he already knew it; he even knew the outcome of the meeting. The client will give him a big order and his boss will give him an increment.

This became a daily routine. He knew beforehand what would happen. One day he saw that the client will be very angry with him after a meeting and the order will be cancelled. The night before the meeting he prepared meticulously and paid attention to everything. But the client still found some grave errors and cancelled the order.

Things were happening exactly as he saw them. He got a new girlfriend, broke up with her, fought with his best friend and lost his IPOD. He slowly realized that he was totally helpless against the turn of events. Though he liked it when good things happened to him, he hated it when he knew that things would go wrong and still could not do anything to stop it.

He realized that life had become so predictable that nothing got him excited. He did not laugh at his colleague’s jokes as he already knew it, he no longer felt happy on a new business deal or unhappy when the deal could not go through, nobody could give him any surprises anymore. He knew them all. It was like watching the recording of an India-Pakistan cricket match; a match which went down the wire and India won on the last ball. But if you watched the live match, ball by ball, and are forced to watch the recordings as well, the excitement will no longer be there.  The gravity of the situation slowly dawned on him. He had become a machine who had to go through the motions. He was totally helpless. Many a times he thought he will not think about the future. But try not thinking about something and that is exactly the thing you think! He tried to look for the baba and ask him take back the power, but the baba was nowhere to be seen.

One day he thought about a random date and saw a blank. ”Hmm... probably I am dead by then”, thought Samanth. Ironically, this thought actually made him happy, a feeling he had stopped experiencing a long time ago. He traced his “death date” by the trial-and-error method and began the wait of the inevitable event. On the way, he took part in all the ‘mandatory’ events like his marriage, his job-changes, death of the loved ones and many more; having the same experience as watching the recorded India-Pakistan match. Finally, his death-date arrived and he was released from the miserable life he was leading. On his death-bed, he remembered Baba’s words – “Knowing the future is a dangerous thing. This will only add to your misery”. As Baba had told, he did lead a life which, in normal circumstances, would have been much better than that of an average person, but in actuality he was probably the saddest person on earth.

Baba, who had been watching Samanth's story all along, looked at the unfortunate soul one last time and thought, " The greatest mystery in the world is tomorrow. Nobody knows what will happen in future. Its the hope of a good tomorrow that keeps pushing the men to strive hard. Once the mystery is solved, life is not worth living". Indeed, as Samanth found out.