The Power of Compounding, Bill Gates and Online Courses 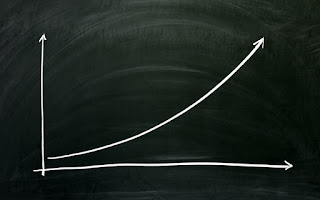 What is common between the power of compounding, Bill Gates and online courses? Turns out a lot!

But before I delve further into it, a little background on my trysts with online courses. I discovered MOOC (https://en.wikipedia.org/wiki/Massive_open_online_course) around 2012. I started my first course on Coursera the same year. I dutifully completed the first couple of video lectures, but as time passed by, my interest in the course tapered and it soon came to a grinding halt. One of my 2013 resolutions was to start taking more online courses, and like the countless gym resolutions I have taken over the years, this also went nowhere. The pattern continued, more or less the same way, since then. Until last year.

2018 was the year when I finally turned a new leaf, as far as "completing" online courses were concerned.

How does this relate to the power of compounding and Bill Gates? I will get to that.

In February 2018, I read a book about investment - From the Rat Race to Financial Freedom - written by an Indian author Manoj Arora. It is a very good book which describes the basics of investing and the reason why you should start investing early. Particularly, the author stresses on the power of compounding. The following excerpt from the book caught my eye:

If Christopher Columbus had invested $1 in 1492 at 5% "simple interest", today it would be worth approximately $25 (an increase of 25X). If the interest on the invested $1 had been compounded annually, guess what it would be today?

This is an incredible piece of statistics, and signifies the power of compounding in a way mere words cannot.

Around the same time I read one of Bill Gates' quotes :

It is interesting how the knowledge gained from one field can be seamlessly applied to another field. Something clicked, and I was able to apply the above two pieces of wisdom to solve my problem of online course completion.

I realized I was overestimating what I could achieve in 2 weeks, as far as the online courses were concerned. I tried to cram the courses as much as I could, spending 3-4 hours a day with the sole intention of completing the course in one or two weeks flat. Obviously, it did not work and wasn't the right strategy. Spending relatively less amount of time, say 30 minutes per day, did not look a good option either, as I felt I was doing things too slowly. As a result, I was lulled into inaction and ended up skipping the courses altogether.

My breakthrough came when I realized the power of compounding is as effective when applied to knowledge, as it is to wealth! If I just spend 30 minutes a day taking courses online, I may not achieve much in 2 weeks, but I can achieve an incredible amount in 1 year (and exponentially more in 5 years). Since the human brain thinks in a linear way and cannot grasp the power of compounding as easily, I underestimated how much I can achieve in a year by just spending 30 minutes a day.

Once I understood this basic truth, there was no stopping. I completed as many as 6 online machine learning courses on Coursera last year, spending only around 5-6 hours every week. Of course, this applies to any form of knowledge and not necessarily online courses. I was able to finish a very good (and a hefty) book - Designing Data Intensive Applications - following the same strategy.

In today's day and age, especially in the field of software engineering, change happens so fast that unless you keep yourself updated with the latest developments, you quickly became irrelevant. The ability to consistently and incrementally add to your knowledge, so that it keeps compounding, will go a long way in ensuring that you are never behind the curve.

Perhaps this discovery will come across as "common sense" for those already following it, but for me this was a game-changer, and a revelation, and for that, I am thankful to Manoj Arora and Bill Gates.

Here's to many more years of compounding knowledge!
Posted by Vikram Pyati at 4:30 PM

Ya true disciplined method of an hour a day, everyday, one can learn a lot, But I keep forgetting stuff, if applied or not applied to work areas..but yes will take your point seriously of re-skilling/ updating oneself to keep up with industry.. this was in my mind from a long time, but now that you have pointed it out, will take it seriously. Thanks